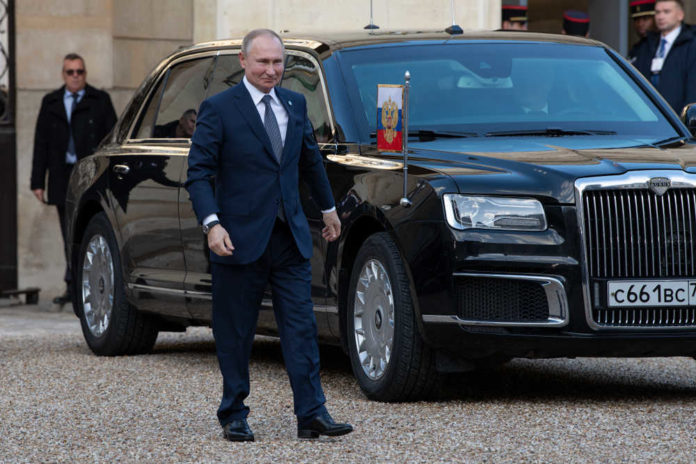 If you look at the reporting of the mainstream news, you will get the impression that Putin made a horrible mistake invading Ukraine. The offensive appears to have been bogged down on multiple fronts.

Meanwhile, the West is hammering Russia with economic sanctions at a level that have never been seen before.

Clearly Putin miscalculated, right? Certainly, it is possible that the Russian president made a horrible mistake and is now caught in a quagmire. But there is an alternative explanation for what is happening, and it is not a good scenario for the United States if it plays out.

There is a theory that Putin is only interested in absorbing the Eastern part of Ukraine and weakening the West, particularly the United States. What if the siege of Kyiv is only a feint? First, Putin allows the Ukrainian President Zelensky to stay in power but cuts the country in two, taking the resource-rich Eastern half for himself.

What if he then turns his attention to cutting off the Western powers at the knees. How would he accomplish this?

The first step would be to challenge the supremacy of the petrodollar. Currently, all energy in the world must be purchased in dollars. This situation allows the United States to print whatever amount of money it wants and enjoy enormous leverage worldwide. If a different currency could be used to purchase energy, it would immediately weaken the dollar and the United States. Putin is attempting to do just that. Russia’s demand that its energy be paid for in Rubles puts enormous pressure on Europe. The European Union (EU), and especially Germany, has been switching over to renewable energy over the last decade.

Reducing greenhouse gasses is an admirable goal. But the problem lies in green technologies that cannot fully support a country’s power grid. There is always a shortfall. And Europe has chosen to fill its shortfall with Russian gas.

Europe has the choice to pay in Rubles or let its people go without energy to heat and cool their homes during hot summers and cold winters. If the EU buckles, the dollar’s supremacy will be destroyed, and the United States will be much weaker for it. What if Putin has been winning this entire time?