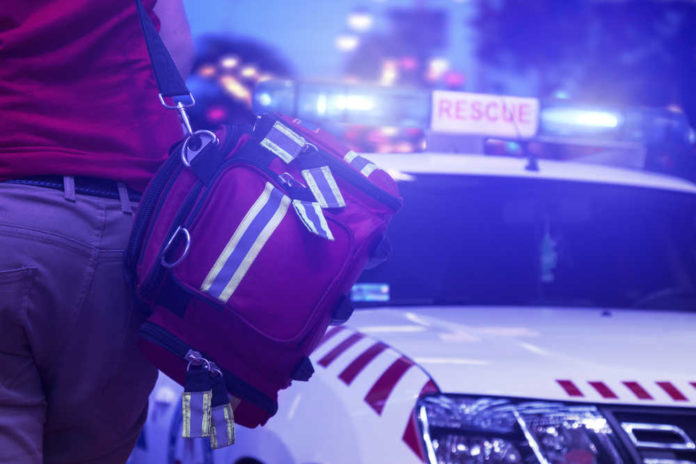 A Texas woman has come forward with her story about the nightmare response she received from Austin’s emergency responders on the day her husband died.

A 911 call went terribly wrong as a wife tried to get help for her husband when he was suffering a heart attack. https://t.co/rE4HxratfD

The tragic incident occurred in May when Tanya Gotcher’s husband of 29 years began experiencing a serious heart attack.

After dialing 911, she was placed on hold and received the worst response in that situation: no response at all.

In desperation, she ran to the neighbor’s house for help, but no one was home, so she rushed back home to get back on the phone and keep her place in the calling queue.

With no response and not knowing what to do, she called her father-in-law to alert the authorities and he faced another delay, all of which resulted in a critical loss of time for Gotcher’s husband.

“It took him 10 minutes and then the 9-1-1 company realized he was in a different county so they transferred him and it took another three minutes,” Gotcher said. “Mine was a minimum of 15, if not 20 minutes.”

“When you hear the phone ring for 15 minutes and you can’t get to anybody to help you is the worst nightmare that you could have,” she said.

Gotcher recently shared her story in a campaign ad for Travis County judge candidate Rupal Chaudhari (R). In the ad, she made it clear that it is the system that failed her family that day, not the woefully underfunded and understaffed emergency response team.

She said it is time to vote for candidates like the Republican Chaudhari.

Otherwise, law enforcement agencies will continue to buckle under the pressure of being overworked and under-supported.

According to an August 2020 report from the left-leaning news website Texas Tribune, the Austin City Council pulled approximately $150 million from the city’s police department in 2020.

In the ad for Chaudhari, Gotcher emphasized that she is coming forward with her story to ensure that no one else in her community suffers the fatal consequences of a defunded emergency support system.

“I’m not just doing this for Casey,” Gotcher said.