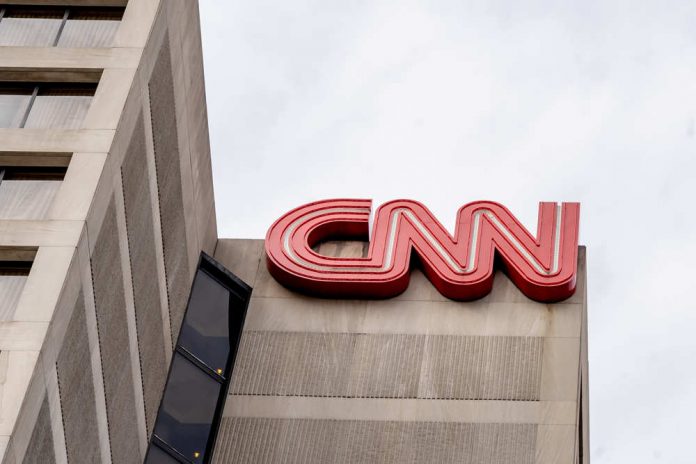 Why won’t Jake Tapper and the rest of CNN’s staff, along with all the other dithering boomer office drones who can barely stand the meaninglessness of their dull existence, admit that they want us to put them on a rocket and launch them off this planet to live in space?

That is precisely what they want and what they’re asking for, and we owe it to ourselves to grant our all-pious, mask mafia overlords their wish and put together a one-way ticket off this planet for all of them.

After a recent baking competition for “The Lead,” they yielded a Twitter photo showing the entire crew not wearing any stupid face masks at their stupid bake-off. And it was being held indoors. And they didn’t even have any of the food covered for the photo, either.

Not half an hour had passed before Tapper realized they goofed.

Instead of just accepting responsibility for setting a bad example, Jake panicked and told everyone that the CNN program’s team believes their propaganda and is extremely nervous in the office about no one accusing them of being impious toward the coronavirus.

Tapper said, “For anyone concerned, we took our masks just for the photo, but generally, we all wear masks around the office. also, we’re all vaccinated.”

Are you telling me that out there in California, you’re making like the Chinese Communist Party in Beijing and actively supporting some one-party state solution to some problem ‘that party has speciously represented’ as an existential threat to civilization requiring policy measures across the world of dubious legality, and unprecedented in many of our societies as they are presently constituted, some going back for hundreds of years?

And they were silencing dissenters like former congressman Ron Paul and Senator Rand Paul when they speak out in favor of common sense and backed it up with actual science too? Because what they are saying does not support the agenda of the pandemic-mongers to establish one-party rule over a radically invasive, dystopian medical surveillance and compliance, bully state?

This kind of whatever Soviet Gestapo environment that the Covid Party has actively whipped up, where people are afraid of each other, afraid of getting ratted out to the authorities for breaking stupid rules, where a U.S. Senator gets their videos censored by the most potent video publisher this creates the workplace environment at CNN where employees are scared to post pictures of their dumb faces and their stupid cookies.