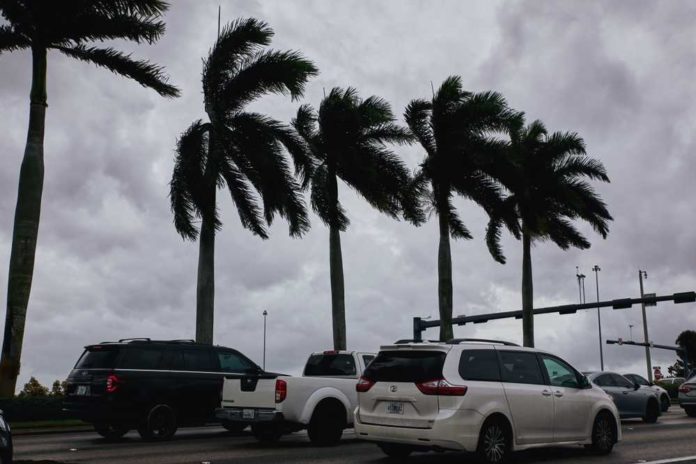 Even as Republican Florida Gov. Ron DeSantis attempted to share crucial information with residents across the state this week ahead of Hurricane Ian’s impending landfall, some of his critics in the media could not resist the urge to bring politics into the discussion.

During a press conference on Tuesday, for example, one reporter brought up concerns by Federal Emergency Management Agency Administrator Deanne Criswell that Florida “lacks response” to the approaching Category 4 storm.

DeSantis interrupted the reporter and insisted that he would not be fielding any such questions.

“Whoa, whoa, whoa,” he said. “Give me a break. That is nonsense. Stop politicizing, OK? Stop it.”

The governor went on to lay out the facts regarding his response to the threats posed by the approaching hurricane.

“We declared a state of emergency when this thing wasn’t even formed,” he said. “We’ve had people in here, you’ve had counties doing … a lot of hard work; and honestly, you’re trying to attack me, I get, but you’re attacking these other people who’ve worked very hard.”

DeSantis called the reporter’s premise “totally false,” adding: “I don’t think we’ve ever, certainly since I’ve been governor, declared a state of emergency this early. We made sure that we were very inclusive with it.”

As for his work with federal emergency response teams, he said that Florida officials “have a good relationship with FEMA,” which he added, “has approved our pre-landfall request.”

Instead of focusing on “pettiness” and politics, DeSantis said he would gladly brief President Joe Biden on the situation “if he’s interested in hearing what we’re doing in Florida.”

Meanwhile, the governor said his priority will be working with the appropriate officials and agencies to protect the lives of those in his state.

Other media figures have similarly attempted to inject their criticism of the DeSantis administration into coverage of Hurricane Ian.

Notice the media are laying the groundwork to attack DeSantis over #HurricaneIan. Here's a question to the head of FEMA from a McClatchy reporter: "Can you describe…the level of the communications w/state officials & has there been anything unusual or any challenges w/that?" pic.twitter.com/j8UV1LsTqR

MSNBC host JoyAnn Reid kicked off her show on Tuesday with a snide assessment of the governor’s priorities.

“Florida prepares for a monster storm, with landfall expected tomorrow,” she said. “Gov. Ron DeSantis is going to be put to the test, forced to actually do his job, when he’s used to spending most of his time hanging out on Fox News and owning the libs.”