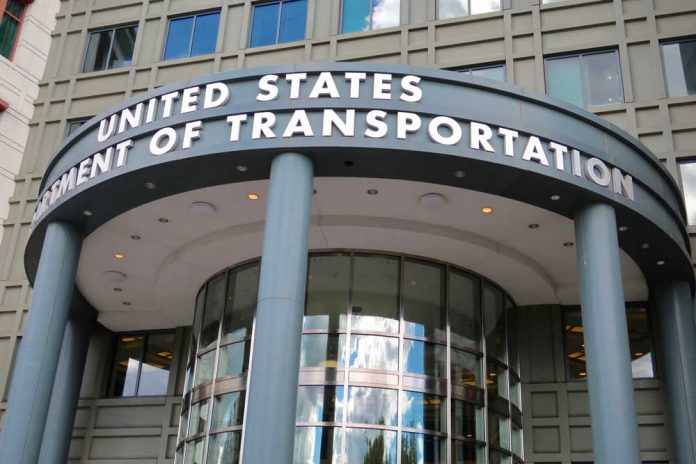 A recent article by Chris Queen at PJ Media points out a meme posted to the official account of the U.S. Department of Transportation Friday, as an example of the widely accepted adage online that, cue Disney Music, “The Left Can’t Meme.”

Before endeavoring to show how this is, in actuality, very based on memeing, here is a link to the original meme in question posted on the DOT’s Twitter timeline.

In addition to pointing out it may be a violation of the federal statute in the Hatch Act (prohibiting federal employees from lobbying for legislation pending before Congress), Queen writes of this specimen of meme that it “in no way resembles comedy.”

On that point, I will have to disagree with Mr. Queen.

He further writes: “I’m not sure what we’re supposed to call the diametric opposite of comedy gold, but this is it. This meme is an insult to comedy. It’s neither cute nor funny, and it’s certainly not clever.”

The ostensibly pajama-clad meme critic is certainly onto something. At first glance, the meme appears unforgivably dry and flat. It seems to lack something critical to comedy: a joke.

But academic scholars of textual criticism have long held that the proper way to read a text is charitable: to start with the presumption that it is what it purports to be and meet the text on its ground in its terms.

With a view to that method in mind, I found a joke in this meme that packs a solid punch and relished it all the more for the dramatic irony in it: that the memer appears conspicuously unaware that they landed the punch on themselves, that the joke in this meme is at the expense of the memer.

Most of the seemingly stalest memes from the Left are their most hilarious self-indictments in the form of unself-aware, unintentional comedy.

In this case, the joke is how absurd this conversation is. While the DOT posts it as an ideal, as a brag that they think this way, the joke is that no one thinks this way and that it is very unsexy to be a naive chump savoring the possibilities of an appropriations bill in Congress.

Beholding a scene like this meme conjures, of a couple flirting over pork-barrel spending bills, is a special kind of alienating horror, like watching a sea crustacean eating her young.